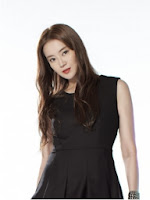 Mizuki Arisa will be starring in the TBS Winter 2014 drama "Yoru no Sensei" which begins its run from 17 January 2014 in the Fridays 10pm timeslot. She plays the role of Yoruno Sakura, a former mamasan in a snack bar who becomes a newbie teacher in a senior high school's night class section. While dressed in elaborate clothes and appearing a bit stupid, she uses her passion to touch the hearts of her students whose ages range from their teens to 80s. This drama also marks the 27th drama in which Mizuki has a leading role in since she first did so 23 years ago in the 1992 drama "Houkago". Co-stars in this drama include Renbutsu Misako and Yamamoto Koji.