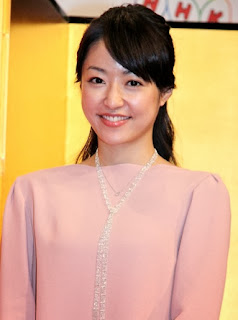 NHK announced on 3 December that Inoue Mao will be the lead of their 2015 Taiga drama "Hana Moyu" set mainly in Yamaguchi Prefecture where she will play the role of Fumi, the younger sister of Bakumatsu-era Choshu Domain philosopher Yoshida Shoin. This marks Inoue's first appearance in a Taiga and her first appearance in a NHK drama in four years since 2011's morning drama "Ohisama". During the press conference, Inoue commented that there are lots of things she has to study about her character and promised to take responsibility to work hard for the drama. Besides being Yoshida Shoin's younger sister, Fumi also married Kusaka Genzui, a key person in the Sonno Joi faction in the Choshu Domain. However, Kusaka later passed away so Fumi remarried Katori Motohiko, the first mayor of Gunma Prefecture. Filming begins in August 2014 and the drama will begin its run in January 2015.