ZONE's vocalist MIYU fired by her agency for misconduct 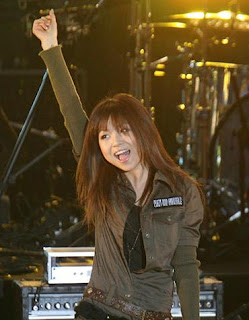 ZONE's vocalist MIYU (real name Nagase Miyu) had her contract terminated by her agency as of 13th February due to gross misconduct, as announced through the agency's official website. The press release mentioned that MIYU had not fulfilled her contractual agreement by skipping live concerts or events without valid reasons and caused a lot of problems and inconveniences to the company, ZONE's fans and its clients. Even after repeated persuasion and counselling, the situation still did not improve and MIYU is not even contactable now. As a result, the agency decided to terminate her contract and mentioned that they will not be responsible for any of her actions in future.

ZONE was a band which made its debut in 2001 and appeared on the Kouhaku for three times before it disbanded in 2005. They made their return to the music scene in 2011.

Source: Sponichi
Posted by Chiaki at 2:36 AM