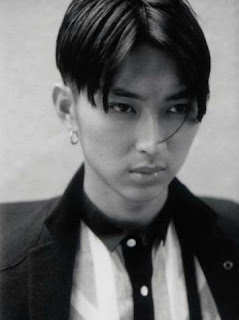 Matsuda Shota will be starring in the TBS spring 2013 drama "Sennyuu Tantei Tokage" (Undercover detective Tokage) which will begin its run from April in the Thursdays 9pm timeslot. The character Tokage is a famous detective but somewhat eccentric person who solved many tough cases but left the police force when his partner died while investigating a particulat case. Soon after, he is asked to be a undercover cop by his previous employer i.e. the Metropolitan Police Department where he uses his strong memory to solve complicated cases for them. As a result of this, Matsuda has to take on different occupations and images in this drama e.g. politician's secretary, teacher and host while juggling action scenes. Co-stars include TOKIO's Matsuoka Masahiro who plays a police detective in the MPD and Tokage's assistant will be played by Renbutsu Misako.