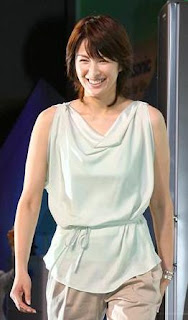 Actress Kichise Michiko announced that she is currently pregnant with her first child through her agency's homepage. She got married to an entrepreneur 10 years older than her in December 2010. Kichise mentioned in her statement that it has been three years since she got married and she's full of joy and gratitude that she is finally pregnant. Her agency revealed that the baby is due in August and that she will make her return to work gradually after childbirth depending on her health condition. Kichise is expected to appear at the first-day screening of her new movie "Sougen no Isu" on 23 February where she is likely to be asked about her pregnancy.