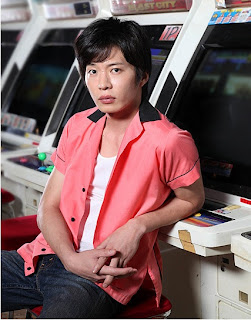 Tanaka Kei will get his first leading role in a drama through the TV Tokyo autumn 2013 drama "No Con Kid Bokura no Game Shi" (No Con Kid Our Game History). The drama features how a trio of three youngsters grew up with video games from the 1980s to 2013 and how it affects their lives in terms of studies, love and career. Tanaka plays the role of Watanabe Reiji as a 15-year-old teenager back in 1983 whose father operated a video games centre "Game Centre Watanabe" which was extremely popular with students and salarymen. Reiji's classmate Kido also frequented the game centre but Reiji himself had no interest in games. Until the day when a mysterious beautiful teenager Takano came to the game centre and played games, Reiji then started dabbling in the video games and even challenged Kido to a competition. Tanaka will play Reiji all the way till he's 45 years old so he commented that it will be interesting to viewers to see how the trio will develop and change as they grow older.

The word "No Con" actually comes from the "No Continue" one-coin game machines popular between 1983 to the mid 90s. The production crew went to secure rights to mention the actual game names in the drama which will definitely be nostalgic to viewers in their 30s and above.

The drama will be shown from 4 October at 12.52am on Fridays via TV Tokyo and TV Osaka.