Matsuura Aya and w-inds' Tachibana Keita getting married within 2013? 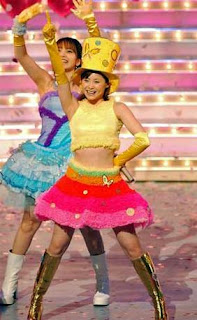 Singer Matsuura Aya and w-inds' vocalist Tachibana Keita are said to be getting married within the year after a 10-year courtship. The two had made their debut in the same year i.e. 2001 and were first romantically linked in 2005 when Matsuura was caught by the tabloids for spending the night at Tachibana's place. It was also reported that the couple had shifted to a new apartment recently and are making preparations for their marriage. Matsuura has been taking a break from her singing career since she revealed that she was suffering from endometriosis in the summer of 2011 and last released a best hits album in conjunction with her 10th anniversary in showbiz in December 2011 and stopped updating her Twitter account since April 2012. In the meantime, Tachibana has been taking care of her while being busy with his group and solo singing career.

When asked about the rumours, both parties' agencies did not deny the report but also didn't want to comment on it.

Source: Nikkansports Articles 1 and 2
Posted by Chiaki at 5:40 PM

i want her to marry miki instead~