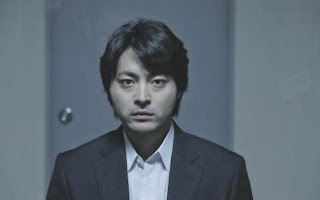 Yamada Takayuki will be starring in the movie "Kyoaku" which begins its run in cinemas from 21 September. The movie is directed by Shiraishi Kazuya, a disciple of famous director Wakamatsu Koji who passed away suddenly last October and is based on a true story about how a reporter (Yamada) finds out about a murder case which the police aren't even aware of and develops a warped mentality while chasing after the truth. Pierre Taki plays an insider to the case while Lily Frankie takes on his first baddie role as a former gang leader who is also the mastermind of the case.

Source: Sponichi
Posted by Chiaki at 1:56 AM

glad yamada takuyaki is back and in a movie. he's one awesome young actor.