Fukuyama Masaharu & Yoshitaka Yuriko back in "Galileo" this spring 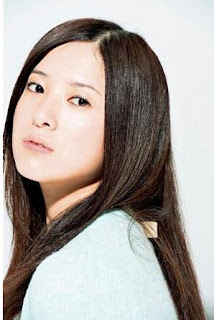 Fukuyama Masaharu will be back to reprise his role as Yukawa Manabu in the latest installment of the Galileo series since the first drama series in 2007. The title of the new drama hasn't been decided yet but will be shown in the Gekku slot from April 2013. This time, Yukawa's partner will be changed from Shibasaki Kou to Yoshitaka Yuriko who also appears in the new Galileo movie "Manatsu no Houteishiki" (Midsummer's Formula) which will be released in cinemas on 29 June. Nonetheless, Shibasaki is still set to appear in Episode 1 where it's explained that her character Utsumi Kaoru introduces her junior Kishitani Misa (Yoshitaka) to Yukawa. Kishitani is an original character in the drama who doesn't appear in the novels unlike Utsumi. FujiTV stressed that Utsumi is still part of the Galileo family and may appear in other episodes beside the first.

Fukuyama jokingly commented that he had hoped to do a new Galileo drama much earlier but he signed on to do a one-year drama soon after the 2007 series (i.e. referring to NHK Taiga Ryomaden) so it took much longer than expected. The drama this time will feature four stories out of the eight titles under the Galileo novel series by Higashino Keigo which has achieved sales of more than 9.5 million copies to date. Co-stars also include Kitamura Kazuki who will play Yukawa's ex-classmate and police detective Kusanagi.

As for the upcoming movie, it features Yukawa going to a seaside town for a seminar on an underwater minerals development project where a man is found dead under weird circumstances. An will play the role of Narumi who holds the key to solving the mystery.