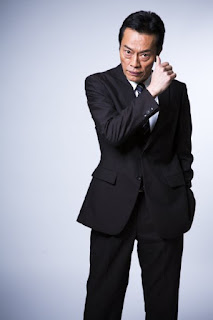 Oricon conducted a survey on 1,000 people in their teens to 50s between 4 April and 10 April where they chose the actor who they felt excels at playing "baddie" roles. Endo Kenichi was the clear favourite across all age groups with Kagawa Teruyuki coming in No.2 in almost the same manner except for those in their 40s who chose Hakuryu: