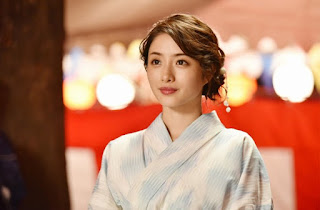 Oricon conducted a survey between 1 August and 7 August where 1,000 men and women in their teens to 50s chose the female celebrity who they felt look good in a yukata. Ishihara Satomi and Aragaki Yui were clear favourites across all age groups as they dominated the top two positions respectively: