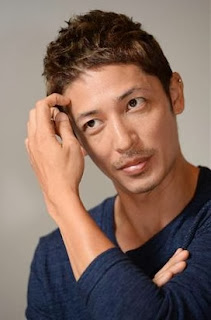 Tamaki Hiroshi had his credit card details exposed via Twitter after a recent purchase at Narita Airport's duty-free shop on 16 September. According to the record, Tamaki who was scheduled to fly to Southeast Asia for work on the 16th, visited a duty-free souvenir shop within Narita Airport and had used his credit card to pay for his purchase. However, one of the female shop assistants who worked at that shop took a photo of Tamaki's credit card charge slip bearing his signature and credit card number (last three digits not revealed) using her smartphone and sent it to a colleague. On the same night, the colleague uploaded the photo onto Twitter with the message that Tamaki had visited their store. Soon after the message went online, fans of Tamaki warned the person who posted it to remove the tweet and photo immediately as it was a criminal act to reveal such personal information.

According to NAA Retailing which manages the stores in Narita Airport, the employees concerned have been suspended from work and they have also apologised to Tamaki and his agency for what they did. NAA Retailing stressed that they will do their best to prevent an recurrence and will step up employee education in order to achieve this.

According to Tamaki's agency, there are no financial losses suffered by Tamaki at the moment and they have no plans of blowing up the matter since the employees concerned have already apologised. However, they hoped that no other customer at the airport's shops will face this problem again in future.