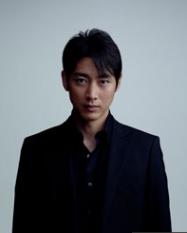 Koizumi Kotaro will take on the leading role in the upcoming TBS summer 2013 drama "Namonaki Doku" which is based on a novel series by Miyabe Miyuki that has three volumes released to date, accumulated sales of 2 million copies and won the Yoshikawa Eiji award in 2007. Miyabe was said to have agreed to the dramatic adaptation of her work on the sole condition that Koizumi will play the lead character which the latter commented that he was very honoured but worried at the same time about the pressure of being the lead. This is the first time in 4 years that Koizumi will take on a leading role since his first attempt in TV Asahi's 2009 drama "Call Centre no Koibito". The drama is expected to cover the story in "Namonaki Doku" and the novel before it "Dare ka Somebody".

Koizumi plays the role of Sugimura Saburo, who is the son of a bigwig in the political and financial worlds and marries the daughter of Imata Conglomerate's chairman. He works in the PR department of the company and is a careful and mild-mannered man who starts to investigate a case which he's embroiled in unwittingly.

Filming will begin in early June.

Source: Yomiuri Hochi
Posted by Chiaki at 12:40 AM