Natsuyagi Isao passes away at the age of 73 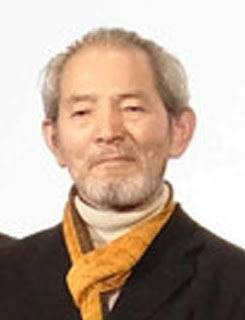 Actor Natsuyagi Isao passed away at the age of 73 at his home in Kanagawa Prefecture in the afternoon of 11 May. According to insiders, Natsuyagi was diagnosed with pancreatic cancer last year and kept working at his usual pace while undergoing treatment. Five of his movies are scheduled to be shown this year and he last appeared as a regular cast member in the autumn 2012 drama "Going My Home".

Natsuyagi was scheduled to have received an award at the Golden Glory Awards in February this year but was absent due to flu. As a result, his wife Mariko received the prize on his behalf and read out his statement that he was deeply humbled by the receipt of this award.

Throughout his career, Natsuyagi had appeared in more than 300 dramas and movies of various genres after he quit Keio University and entered acting school. His classmates in the same year included Harada Yoshio, Hayashi Ryuzo, Chii Takeo and Taichi Kiwako and they were collected known as the Hana no 15ki sei (The Flower 15th Batch). He made his acting debut in 1966 with the movie "Hone made Shaburu".