GReeeeN to hold nationwide tour without showing their faces 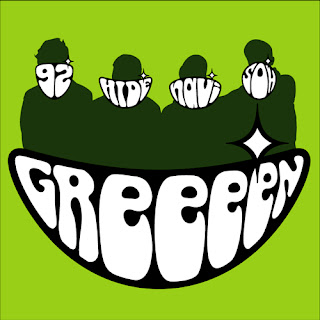 GReeeeN will hold its first nationwide concert tour titled "Orera Revolution" from August which consists of 7 performances at 6 places over 11 days including Fukushima involving 12,000 people. However, GReeeeN which consists of four dentists from Fukushima Prefecture, will be the first artiste who would stick to its no-showing-of faces policy and hold a concert tour without actually showing themselvs to the audience. Actually, the group had held a similar fan event in June last year where images of the members' movements and voices were played to the full house of 3,200 fans. The members are currently working as dentists in various parts of Japan including HIDE and navi who's in Hokkaido, 92 in Okinawa and SOH being the only one remaining in Fukushima. They will gather in Tokyo for the concert recording on their off days and will hire a host to take charge of the situation on the actual day.

Source: Yomiuri Hochi
Posted by Chiaki at 2:42 AM