Aibu Saki to head to California for short-term studies 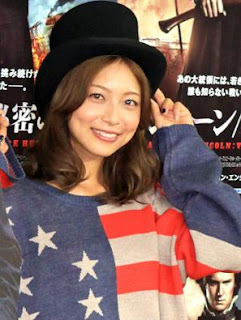 Aibu Saki announced her plan to go to California next month for short-term studies as reported on 25 March. As this year is the 10th year since her debut and she had all along been interested in English since her senior high school days, Aibu decided to go for further studies at a Californian university from mid April and is due to return in August. According to insiders, Aibu got the Pre-2 level certificate for the Test in Practical English Proficiency when she was in high school and had aimed to be an English teacher before entering showbiz. As such, even after becoming an actress, Aibu would go on a holiday with her family to a English-speaking country every year and even told her agency that she aims to become an English teacher in future. She started taking English lessons again last year and this overseas study trip is part of the course requirements. Since Aibu will return in August, there are no problems for her to take on a role in the autumn 2013 drama season and she may return to Japan for a short while if there are any CM shoots during this period.

Source: Yomiuri Hochi
Posted by Chiaki at 11:41 AM