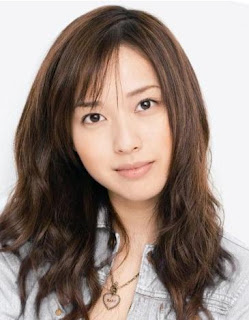 Toda Erika will be starring in the NHK Winter 2013 drama "Shotenin Michiru no Mi no ue Hanashi" (Bookstore employee Michiru's Life Story) which is due to be shown from 8 January 2013 at 10.55pm over 10 weeks. This is the first time that Toda is acting in a lead role in a NHK drama. Filming is scheduled to begin in Oct.

The story is told from the perspective of a man played by Omori Nao who claims to be Michiru's (Toda) husband and he describes his wife's life which went haywire after she got a winning lottery ticket worth JPY 200m. Michiru is an ordinary woman who works at a bookstore in the countryside and has been dating Kutaro (Emoto Tasuku) for one year but has no intention of getting married. The reason for that is actually due to Michiru two-timing Kutaro with another man Toyomasu (Arai Hirofumi), a sales department employee of a Tokyo publishing company. One day, on the pretext of going to a dentist, Michiru sneaks out of her workplace and goes to send Toyomasu off as he is returning to Tokyo. On the spur of the moment, Michiru goes to Tokyo with Toyomasu and stays with him.

Michiru is asked to buy a lottery ticket for her colleague and she later finds out that the ticket she bought has won the top prize of JPY 200m. She collects the winnings without telling anyone and this marks the beginning of her haywire life. Michiru goes to her childhood friend Takei (Koura Kengo) who is her only support in Tokyo but later finds out a shocking truth about him. Later on, Kutaro who comes to Tokyo to look for Michiru and Toyomasu also disappear under mysterious circumstances.