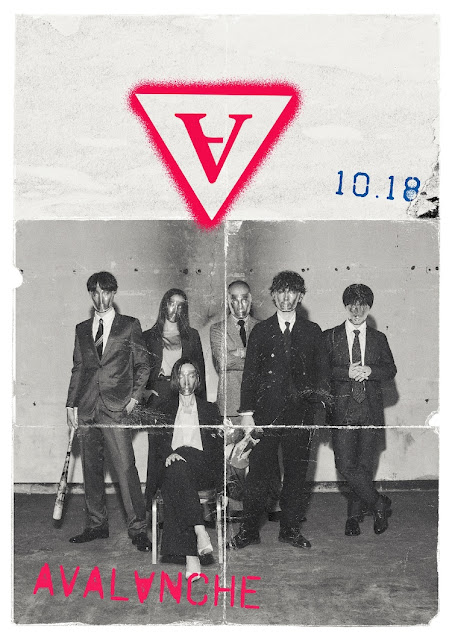 Title: Avalanche アバランチ
Season: Autumn 2021
Broadcast by: Kansai TV / FujiTV
Rating: 5 / 10
Recommended for: those who want to watch a story about people who want to fight against the injustice, the rich and powerful and the corrupt authorities in not-so-lawful ways OR fans of Ayano Go
Liked:
- It looked promising at first with the storyline and characters shrouded in secrecy to make viewers curious. However, at the end of the entire drama, that was the only point I could come up with.
Disliked:
- Been-there-done-that: as the story progressed, it was clear that there was nothing new about Avalanche nor its motive or what it was trying to achieve. In fact, it looked like they didn't really have a Plan B in ensuring their own survival and were just throwing their lives away without a justifiable or substantial reason. And in the end, everything looked like a fiasco and so in vain.
- Illogical developments: a bomb disposal expert bringing a ticking time bomb up to the rooftop, throwing it up to the sky and standing below it as it explodes without taking cover? Or that seemingly-cool translucent mask which hardly conceals the face - surely some software can remove that mask and show the face underneath with a few clicks? Or leaving a physical trail by having a fixed base in an office building? Or leaving a digital trail by printing documents in the police station meant for these illegal activities? Seriously??? Isn't the group supposed to be a bunch of elites out to save the country?
- The characters who seemed to be a group of experts in their fields just looked like a fumbling and disorganized bunch by the end. Although the ending looked like there might be a sequel, I think it's a bad idea to do so unless they can improve on the script and characterization.
- The only thing that's stopping me from giving this a failing grade is the effort put in by the cast and how the whole thing was packaged as something really promising (enough to dupe me into staying till the end although I wanted to give up by mid-season). However, to have it become a serious letdown was simply... Maybe it's best not to overpromise right from the start and be pleasantly surprised instead.
Posted by Chiaki at 7:42 PM