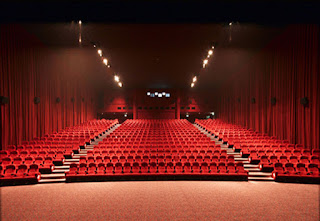 As we are already aware, the COVID-19 virus situation has affected all of us in many countries in various ways. You would also have noticed a flurry of announcements on my Facebook and Twitter pages from Japanese movie companies about the postponing of new movie releases, particularly from the past two months and at least two months ahead i.e. April and May. With the state of emergency declaration from the Japanese government for 7 prefectures, cinemas are to be closed for an entire month as filming grinds to a halt, be it for dramas, movies or variety shows.

This article from Sankei Shimbun offers a peek into the impact of this pandemic on the Japanese film industry so far which will help you understand the severity of the situation. I will translate the highlights here instead of the entire article word-for-word:

- Since February 2020, about 60 new movies have had their releases postponed.

- Due to the lack of new releases, some cinema complexes have resorted to screening past hits to fill the freed-up screening slots.

- Some of the foreign movies which had their international releases postponed till this summer or as late as next year, do not have a fixed date for their release in Japan e.g. "Peter Rabbit 2: The Runaway", "Ghostbusters: Afterlife", "Morbius", "Top Gun: Maverick", "007 No Time To Die", "Black Widow" and "Wonderwoman 1984". Disney film "Onward" was originally scheduled to be shown from 2 March but its release in Japan has been postponed.

- Some films like "Eiga Doraemon Nobita no Shinkyoryu" were released on schedule for the spring break and families but others like the latest installments of "Meitantei Conan" or "Crayon Shin-chan", "Ito" starring Suda Masaki and Komatsu Nana or the anticipated sequel "Confidence Man JP Princess Hen" starring Nagasawa Masami and "Moeyo Ken" starring Okada Junichi have all been postponed until further notice.

- Many cinemas were closed during the weekend of 28 & 29 March due to the open call by the Tokyo government that people should stay home as much as possible. As such, movie distribution companies felt that box office takings would be affected severely even if they pressed on with the releases so they went ahead to postpone their releases.

- A movie industry insider revealed that about half of the nation's box office takings come from the Tokyo metropolitan area and the first opening weekend accounts for about 25% of the film's total takings. As such, cinema closures in the Tokyo area would hurt the takings in a major way.

- Based on the announcement from TOHO Cinemas on 7 April 2020, their box office takings for March 2020 was only JPY 2.6 billion which marked a 58.8% drop from the same month in the previous year.

- Some cinema chains have resorted to filling their vacated screening slots with past hits such as "Roman Holiday", "The Sound of Music", "West Side Story", "JAWS" or E.T.".

- On the other hand, Universal Pictures preferred to make their films accessible even from home rather than postpone their releases so some of their works have been put on streaming portals in the US. This is likely to change how films are going to be distributed in future rather than depending on cinema releases only.
Posted by Chiaki at 12:20 AM