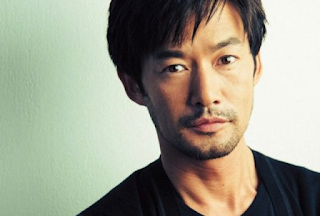 This is an annual survey conducted by Oricon on 500 men from their teens to 50s where they select the male celebrities who they feel have the faces that they desire to have. Fukuyama Masaharu who had won the No.1 title for 5 years in a row, entered the hall of fame in 2013 so is no longer included in this ranking. Past winners of the title include Mukai Osamu, Kimura Takuya, Dean Fujioka and Takeuchi Ryoma.

Although Takeuchi was the top favourite among the teenagers and those in their 20s, Takenouchi Yutaka swept the No.1 title for the 30s, 40s and 50s categories.