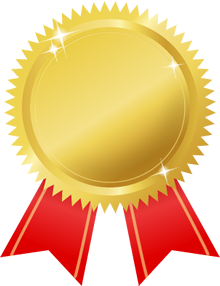 Came across this article from Oricon which discussed the interesting phenomenon of how celebrities who did not win in TV programme contests or audition competitions ended up becoming more successful than the eventual winners then. The writer seems to be suggesting a theory that winning at the starting line doesn't always guarantee success and that the "losers" may turn the tables later in their careers because they actually have unique traits unlike the "winners" who were selected because they were safe bets. There were a number of examples cited so I'm just going to translate some highlights rather than the entire article:

- Many of the actresses and artistes these days actually came from TV programme contests such as the 90s' audition programme ASAYAN where Morning Musume was born even though they were not the winners or beauty and audition competitions like the Japan Bishojo Contest organised by Oscar Promotion.

- In Oscar Promotion which boasts of many actresses such as Yonekura Ryoko, Takei Emi, Ueto Aya and Gouriki Ayame, they had all taken part in the Japan Bishojo Contest. In the 1992 edition, the winner was Sato Aiko who is well-known for her breakthrough role in "Itazura Na Kiss" but actually in that same year, Yonekura got the judges' special award. Likewise for Ueto who got the same award as Yonekura in the following year, the winner in 1993 was Sudo Atsuko who is doing largely supporting roles these days. Gouriki did not even make the finals in 2002 edition as she failed in the second round of selection.

- Likewise, in ASAYAN, the eventual winner was Heike Michiyo but those who did not win formed the group Morning Musume and became a huge sensation back then in the 90s and early 2000s.

- Ishihara Promotion also conducted an audition contest in 2000 to find the next Ishihara Yujiro, a famous actor and singer who passed away in 1987. Among 52,000 applicants, Tokushige Satoshi won the title and even got his poster hung up at Shibuya 109. Although he is still working as an actor, his career is still far from matching up to his predecessor as he certainly has big shoes to fill.

- In large audition programmes or contests, there is a tendency to choose a winner who is "all-rounded" i.e. with an "average" face without standing out too much. As such, those with really unusual traits or characters tend to get the smaller awards rather than the title itself. Besides, organisers tend to want to avoid the scenario of not being able to find a suitable winner so they lean towards selecting a "safe choice" which is unlikely to be criticised. In some cases, the winner is said to be a shoo-in as the judges seem to be geared towards selecting a specific candidate.

- However, because those who did not win usually have some stand-out traits, they tend to have the potential of achieving a breakthrough in their careers later on. In addition, there is the mistaken notion that winning the title represents reaching a goal rather than marking the start of a long career ahead. As such, there were people who might have been contented with what they got e.g. the star treatment or special arrangements or felt the pressure of being thrust into stardom right from the start thus making it difficult for them to develop and grow as an artiste.

- On the other hand, those who did not make the cut or just won small awards would have the need to establish themselves through their hard work and find out what works for them. Heike Michiyo admitted during a TV appearance in 2015 that she lost her hunger for success once she passed the audition as compared to Morning Musume members who were determined to make it big.

- There are also many actresses who went through tough times to get to where they are today. For example, Kitagawa Keiko and Arimura Kasumi failed many auditions for dramas and movies but they still persisted in going for the auditions. Kitagawa said before in an interview that the most scary thing during this stage of her career was the loss of desire to continue challenging because of the fear of failure while Arimura recalled how she was told that there was nothing special about her when she kept failing auditions. This actually made her think a lot about how she could develop her strengths within her limitations.

- Nonetheless, there are actresses who still made it big after winning the titles e.g. Ishihara Satomi who won the Horipro Scout Caravan and Nagasawa Masami who won the Toho Cinderella Audition. As such, it still depends very much on the individual as to whether they will end up being a success or falter after the competition, regardless of whether they are winners or losers.

Thank you for your hardwork🙂

It is the same for ordinary folks. People with fantastic academic results who get their feet at the door of those prestigious companies may not necessarily end up becoming more successful than someone with average results. At the end of the day, it's a matter of attitude that determines your success.

I think the winners feel pressure and weighed by high expectations,they feel stressed. On the other hand,the non-winners are free to pursue freely whatever they want and thus can slowly build career far from media scrutiny.

Having said that,its their attitude towards work and their dedication that can take them far. Winners or non-winners,that doesn't matter.