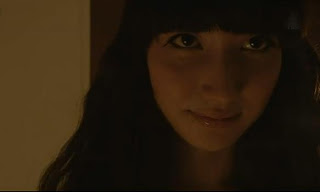 The drama opens with Kaminuma (Kashii Yu), a mysterious woman dressed in a white dress and with long and curly tresses, walking into a room where the TV screen is showing a video of children playing together. As she walks towards the TV console,  reaches for the remote control to switch off the DVD player and remove the disc titled "Seki Takahiro", the camera then shows a man dangling from the ceiling (he apparently hung himself to commit suicide) behind Kaminuma's back. However, she seems unaffected by this scene and walks out of the room with an eerie smirk on her face... 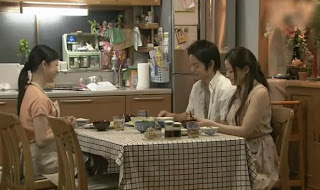 The scene then shifts to a young couple Seki Takahiro (Kubota Masataka) and Tachibana Yuko (Kajihara Hikari) who are visiting Takahiro's hometown for the first time. Yuko is undestandably nervous about meeting Takahiro's mother Hiroko (Yokoyama Megumi) but he assures Yuko that Hiroko is very kind and easygoing so there's nothing to worry about. True to what Takahiro said, Hiroko receives them warmly and is disappointed to hear that they won't be able to extend their stay beyond the weekend. Just then, Takahiro gets a message from his buddy Keisuke who asks if he has heard of this company called "Soumatou Kabushikigaisha".

After dinner, Takahiro goes to look for Keisuke at the bar he works in and is surprised to see the latter visibly disturbed by something. Takahiro asks Keisuke what he meant in his message but the latter is hesitant to reveal more than the fact that he saw DVDs of his life till now and he felt a deep emptiness in what he had done so far in life. Takahiro is dismissive of this idea about being able to reflect on someone's life on video and doesn't think much of it. 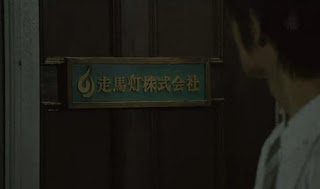 On his way home, Takahiro comes across an office named "Soumatou Kabushikigaisha" and he steps in to take a look. He is shocked to see Kaminuma appearing before him suddenly and is ushered into a room which has a sofa set, refreshments and beds like a hotel room. Kaminuma explains to Takahiro that he can look at the 23 DVDs bearing his name from the time he was born till now which he is rather sceptical about. After Kaminuma leaves the room, Takahiro picks up the DVD bearing his name and the number 00. He sees a young couple fussing over their newborn baby where the camera angle is from that of the baby's eyes as he lies in the cot. Takahiro wonders what the couple had to do with him since he has never seen them before. The next scene jumps to where the baby is crying in the cot and he can hear the mother getting a phone call informing her that her husband was involved in an accident. As soon as the mother rushes out of the house to see her husband, another woman sneaks into the house and snatches the baby away. To Takahiro's surprise, that woman is Hiroko! Takahiro is so shocked that he stumbles out of Soumatou Kabushikigaisha where Kaminuma comments that he was done earlier than expected. Takahiro refuses to believe what he has seen but Kaminuma replies confidently that he will be back again to watch the rest of the DVDs. 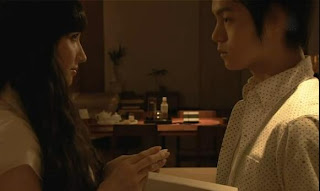 Takahiro is dying to ask his mother about his parentage but cannot summon the courage to do so. In order to find out more about his childhood, he heads back to Soumatou Kabushikigaisha to watch the remaining DVDs. To his surprise, he sees that his birth mother came to look for Hiroko and demanded that she return Takahiro to him. Hiroko was adamant that Takahiro was her child and denied Takahiro's mother's accusations. The latter realised that Hiroko had something to do with her husband's death as Hiroko was infatuated with Takahiro's father. The thought that Hiroko had killed Takahiro's father shakes him so much that he barely manages to move on to the next DVD taken supposedly when he was five years old.

When Takahiro returned home in the evening after kindergarten, he couldn't see his mother anywhere and was looking for him. To his horror, the childhood Takahiro had witnessed his birth mother lying dead in the shed after being killed by Hiroko. The young Takahiro fainted and was later told by his mother that he must have seen a ghost at the shed and warned him not to go near there. 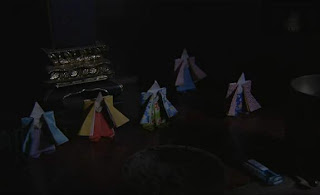 Takahiro decides that he needs to go back home and find out the truth from his mother. However, when he reaches home, Yuko is nowhere to be found and that Hiroko deliberately avoids mentioning her as she pretends to be her usual self. The camera then pans to the family altar where a new paper doll is placed there and there are fresh blood stains on the lock at the shed...

The last scene goes back to the beginning where Kaminuma retrieves the DVD from the player and walks out of the room. From the camera's shot of the hanging body, it is clear that Takahiro had been the one who killed himself! Kaminuma's eerie smile after she left the room...did she expect this outcome after showing Takahiro the DVDs?

I must say that this drama is really quite interesting. It did feel a bit like Yo ni mo Kimyou na Monogatari at first glance because its genre was a psycho-thriller but I enjoyed watching this partly because it was short and succint. If it had been a full 45-min episode, I might not have liked it as much since there wasn't a lot of material to go around the bush. The developments in the story were not spelt out obviously but the way the storytelling is done, it was easy to infer from the tell-tale signs. For example, when Yuko asked Takahiro about the paper dolls on his family altar, he said that Hiroko told him before that each doll represented someone in the household who had died. Takahiro never realised before watching the DVDs that one of the dolls represented his birth mother. As such, when the story was nearing its end and showed one new doll there, it could only mean that Yuko was killed by Hiroko. The only reason I can think of is that she didn't want Yuko to snatch Takahiro away since he was the offspring of the man she loved.

As for Takahiro's supposed suicide, I guess the weight of his birth secret and the fact that he had been living with a murderer for years who also killed his girlfriend was too much to bear. That leads us to wonder, what is Kaminuma's motive in showing these DVDs and did she expect that Takahiro would kill himself at the end? And what is the reason for Soumatou Kabushikigaisha's existence? Lots of questions to be answered so I'm hoping that by the end of the season, we'll have all the answers.

Just a side note, is it just me or did anyone feel that the logo of Soumatou Kabushikigaisha resembled that of Enma Ai in Jigoku Shoujo?

Last but not least, I didn't get to hear the theme song from 2AM clearly because there was some dialogue going on in the ending credits. As such, I couldn't really tell if the song was nice or whether it was a good fit for the drama at this point in time. Will have to wait for the later episodes then!
Posted by Chiaki at 12:33 AM