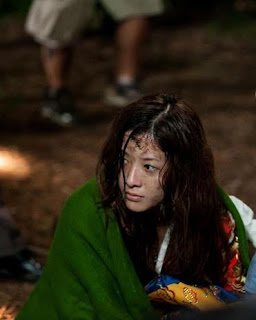 Yoshitaka Yuriko will be acting in a Korean drama for the first time in the OCN drama "Vampire Prosecutor 2" which begins its run on 9 September at 11pm on Sundays. Filming has already begun. The drama features Korean actor Yeon Jung Hoon as a prosecutor who suddenly becomes a vampire and makes use of his power to solve serious crimes.

Yoshitaka explained that she had been looking for an opportunity to expand her career thus she decided to take on the role despite having some difficulties adjusting to filming outside of Japan. She plays the role of a fortune counsellor who uses colours and tarot cards to analyse the fortunes of people. Yoshitaka's character first appears in episode 2 and will also be featured from episode 9 onwards to help in the solving of some cases.